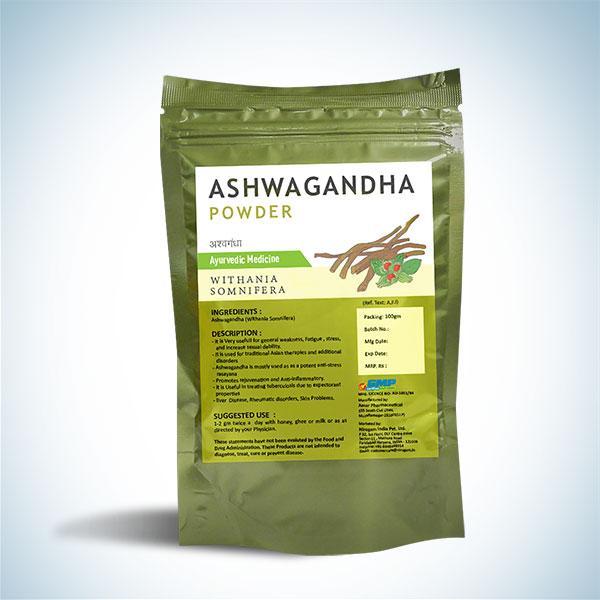 Dosage : 5-8 gms per day with milk or water as directed b the physician.

Ashwagandha (Withania somnifera) is also known as “Indian Ginseng” from ancient times. It is used in the Indian medicine widely for its effect in physical and mental disorders.  Ashwagandha is mostly used as anti-stress tonic in Ayurveda. Ashwagandha brings Vata balance in the body and cures insomnia and other sleep related ailments.

Ashwagandha is a powerful aphrodisiac that increases sexual vitality. It reduces fatigue, increases strength, stamina and vigour. This herb is known to  increase the sperm count, motility and testosterone levels in an individual. It is also even in case of female infertility, post part treatment and to enhance the production of breast milk.

More health benefits of Ashwagandha are :

Ashwagandha is also beneficial in the treatment of senile dementia, preventing cancerous development, improving sexual performance in men and improving fertility in women, and curing insomnia. The leaves and the bark of Ashwagandha are also applied externally to treat sores and skin inflammation.